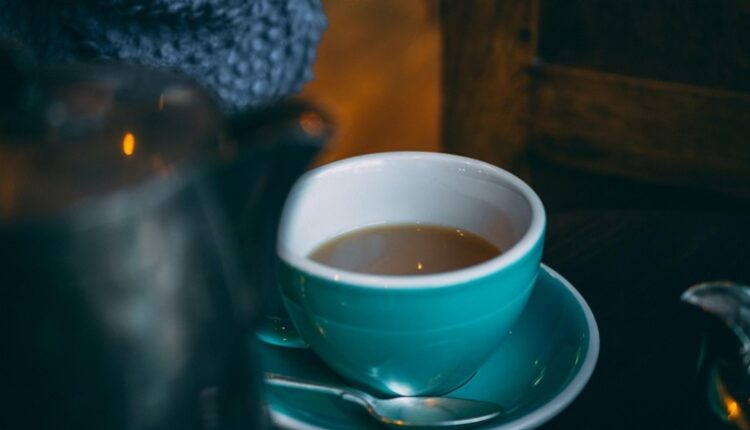 Earl Grey tea falls under the category of flavoured teas, with some sister tea’s including white, green, oolong and black tea. It is a tea category that has been flavoured using flowers, fruit, leaves, spices, oils and natural flavourings to shape the taste of the tea. Earl Grey is known to be one of the most popular teas in the UK, along with English Breakfast tea, otherwise known as a ‘builders tea’. The quintessentially British tea is enjoyed by many for its distinctive flavour and warming feelings, not forgetting it’s great taste.

Earl Grey tea is a blend of bergamot fruit with black tea leaves bringing out a citrus taste like flavour. Discovered by a Chinese tea master in the early 1840s, while serving UK prime minister Earl Charles Grey, earl grey tea has various health benefits that many people are not aware of when drinking this tea.

It will aid in weight loss

Earl Grey is known to promote weight loss through its influence on the metabolic system. When someone is a regular drinker of earl grey tea, the citrus extractions used in the tea are blended which can increase your energy levels throughout the day and regulate your metabolic processes that can lead to weight loss. The tea can also combat the absorption of cholesterol in the body, specifically the stomach, leading to further weight loss.

According to research conducted by scientists, drinking just two to four cups of earl grey tea per day will help to aid in your weight loss process.

Due to the tea’s powerful energy benefits, you may also be more inclined to exercise when you hadn’t wanted to previously. Due to the slow release of energy that the tea gives off, you won’t get the same fatigue that you would with coffee at the end of the day, meaning that you can even drink this tea before bed and still get a quality night’s sleep.

Crucially, earl grey tea can relax the mind and body almost immediately after consumption. The tea can increase focus and clarity, making you both more alert, while feeling energised, unlike traditional coffee. So, if you often feel tired but still need to work, try drinking a cup of earl grey tea, and see what the effects are on your body, you’re likely to have your most productive day yet.

Earl grey is also an excellent alternative drink for coffee lovers that want to avoid coffee due to its negative effects on health and it’s addiction properties that make you feel at a loss without it. Make sure to break up with your coffee addiction and start drinking more herbal teas, not only for your external health, but for the benefits on your mind too.

Can help to improve digestion

Drinking earl grey tea may also help with relieving any stomach indigestion issues such as constipation, acid reflux, and intestinal infections such as worms. If you are a current coffee drinker, switching to earl grey can massively impact your digestive system, and make sure not to overwhelm your metabolic system, keeping you at a healthy digestive rate throughout the day.

Earl grey can also relieve the effects of colic, painful digestive problems and even nausea. This means that drinking it just a few times a day can keep your digestive tract regular and healthy throughout your week.

Just as coffee lovers remain active with a dose of coffee, earl grey tea is even better for your activity levels. Earl grey contains caffeine in small and safe amounts that will boost your energy and keep you busy, without the harmful side effects of too much caffeine in your day.

Unlike coffee that dehydrates the body through causing the flushing out of water-soluble minerals in the body, earl grey tea does the opposite. Its high potassium content maintains the body’s fluids and keeps you hydrated throughout the day. This means you will be able to get a better night’s sleep which can have hugely beneficial effects on your body, and will leave you feeling at a constant energy level throughout the day, rather than the ups and downs that coffee can give you.

A study in 2012 about preventive medicine discovered that people who drank 3 to 4 cups of black tea daily had reduced triglycerides and an increase in good cholesterol (HDL) in just three months.

Bergamont can significantly reduce cholesterol levels, thus protecting your heart from any blockages and enhancing a better blood flow.

Can keep your youthful glow

Antioxidants act as anti aging properties that can  keep your skin healthy by preventing its damage to keep you looking younger forever, it’s a wonder everyone doesn’t drink this tea.

Earl Grey tea contains fluoride that prevents cavities and keeps the teeth and gums strong and healthy. It also includes an antioxidant called catechin that fights oral infections. If you want to maintain your oral health and don’t want to drink city water, drinking regular amounts of  grey tea will be fine.

Additionally, for those who are used to drinking coffee, you may be used to the damage and stainage it can do to your teeth. Thus, switching to a healthier alternative like green tea can be extremely beneficial to your health and gums, putting a stop to your frequent gum and teeth staining.

It will boost your immunity.

The bergamot oil that earl grey tea contains will seek to enhance the functioning of your immune system. The antioxidants will counteract oxidative stress caused by toxic by-products that contain free radicals.

Generally though, earl grey will reduce stress, fight against colds, fever, infections, and chronic illnesses, while still boosting your immune system, just from a few cups a day.

Drinking earl grey tea is a natural way of boosting your overall body health while experiencing the brew’s sweetness and distinctness, we recommend switching to earl grey right away, and we promise you won’t look back.

Stem Cell Therapy for Hair Growth: Is it Effective?