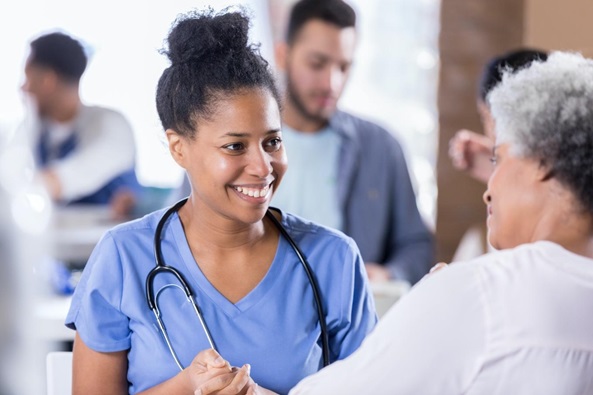 Population-specific care is an interdisciplinary approach to ensuring a positive health outcome in a community, which can refer to a city, a nation, an ethnic group or something even more specific, such as a number of disabled individuals.

Population-specific care experts use data to gain a greater understanding of the way certain factors impact health, identifying specific needs to help communities deal with those concerns and eventually make improvements to their health outcomes.

Why is population-specific care important?

Population-specific care is important as addressing whole populations at a micro level is a good way to identify structural inequities to improve quality of care and overall efficiency.

Having the population segmented into groups that have evolving needs helps streamline and improve the overall distribution of health outcomes.

As a result of the global pandemic that kicked off in 2020, new software systems were implemented to facilitate telemedicine and create more integrated digitized care systems. Community data could then be used to make improvements to clunky processes to provide support to both remote and in-person healthcare.

Population-specific care can lead to the creation of a health system that is much more resilient and in which policies actually make a positive contribution to health outcomes for more people within a particular community.

Population-specific care nursing is focused on whole populations that possess similar characteristics or health issues and is based on an assessment of the needs of that particular community. It also deals with the broader determinants of health and considers various levels of prevention and practice, with a preference for primary prevention.

A nurse’s role in population-specific care

Nurses are the healthcare professionals who spend the most time with patients, and their experiences and voices are heard when advocating for the best care for patients and shaping healthcare policies that have a positive impact on individuals and healthcare systems as a whole.

Population-specific care nurses have the responsibility of assessing, caring for and treating populations, whether it is a whole demographic, an organization, a community, families or a group of individuals.

Nurses have to put all of their nursing knowledge and skills to good use by planning, implementing, coordinating and delivering care plans within their assigned population.

The role of a nurse in population-specific care may change depending on the situation. Some population-specific care nurses may be focused on the prevention of particular diseases within a specific community, offering immunizations and vaccinations against disease, while others may be working in comprehensive treatment management and offering resources, service referrals and treatments to those in their population group.

However, most population-specific care nurses will use evidence-based care and coordination methods to offer efficient care plans and services to populations that need them.

Population-specific care has seen healthcare practitioners, including nurses, becoming a crucial part of these communities in a variety of new ways.

For example, population-specific care nurses work with a team effort that goes far beyond the setting of a hospital and extends to a multitude of nontraditional settings such as health departments, health clinics, correctional facilities, schools, homes and even on-the-go in more mobile settings.

Joining almost three million other registered nurses who are working in population-specific care is a great way to make use of your passion and knowledge, with Bureau of Labor Statistics data showing that there are other good reasons for nurses to join in, including a $70,000 per year median pay rate.

It is therefore not surprising that the job outlook for registered nurses has been growing 15% faster than the average thanks to a number of nationwide trends, including growing diabetes and obesity rates, prolonged care for the elderly, and an increased focus on preventative care. These trends all have an impact on the role of a population-specific care nurse.

Becoming a population-specific care nurse is a wonderful way of helping your country and the world as a whole to create a healthier future for everyone.

A Bachelor’s in Nursing is the minimum degree that most employers expect their nurses to have, although it is increasingly common for candidates with a Master’s of Science in Nursing to be given preference.

There are a number of MSN degrees that offer population-specific care coursework for registered nurses who want to be able to expand their careers.

A population can refer to children, and becoming a Pediatric Nurse Practitioner is a good career for nurses who would like to care for children. An online Master’s of Science in Nursing at Spring Arbor University can prepare you for a career in this field. This course can be completed within two and a half years and is a faith-based program that will leave graduates qualified to become a pediatric nurse practitioner.

Becoming a population-specific care nurse is a great way to begin changing individual lives and the world at large on a daily basis, positively impacting hundreds of people, instigating policy changes and reaching entire communities.

The aim of every level of population-specific care is improving the health of that population.

Levels of practice can be directed at whole populations inside of a community, at-risk individuals and families within that community, or the systems that have an impact on the health of that population.

Population-specific care that is focused on individuals or families changes the attitudes, behaviors, beliefs, knowledge and practices of individuals either on their own or within a class, group or family. Individuals will be given service if they have been identified as being part of an at-risk population.

Population-specific care that is focused on an entire community changes the attitudes, awareness, behaviors, norms and practices of entire populations within communities. Its success is measured in terms of the proportion of the population that actually does change.

Population-specific care that is directed at systems aims to change laws, organizations, policies and power structures, with a particular focus on the systems that have an impact on health rather than communities and individuals.

Changing these systems can often have a much longer-lasting and more effective impact on population health than requiring every individual in a community to make changes.

The most appropriate level will be determined by health professionals based on the availability of effective resources and strategies as well as community needs.

None of the above practices have a greater importance than any other; all three levels are often used, sometimes at the same time, to deal with most public health issues.

Prevention refers to anticipatory action that is taken to prevent an event from occurring or to reduce its impact after it has taken place. It is not possible to prevent all events, but there are preventable components within all events. Prevention can take place at the primary, secondary and tertiary level.

Primary prevention promotes health while simultaneously protecting against health threats. It is intended to prevent problems from taking place while promoting resiliency, and it takes into account protective measures to reduce exposure and susceptibility to risk factors. What sets primary prevention apart is the fact that it is implemented prior to the development of a problem and targets populations that are essentially healthy.

Secondary prevention sees problems being detected and treated while they are still in their early stages, preventing them from having serious long-term consequences or an impact on other people. It deals with the identification of hazards and risks and their modification, removal or treatment before they become too serious. The implementation of secondary prevention begins after the problem has started but before the arrival of symptoms and other signs and is targeted toward populations that have common risk factors.

Population-specific healthcare has been shown to be an effective measure for improving healthcare in a variety of different communities.

What Is A Primary Care Physician?